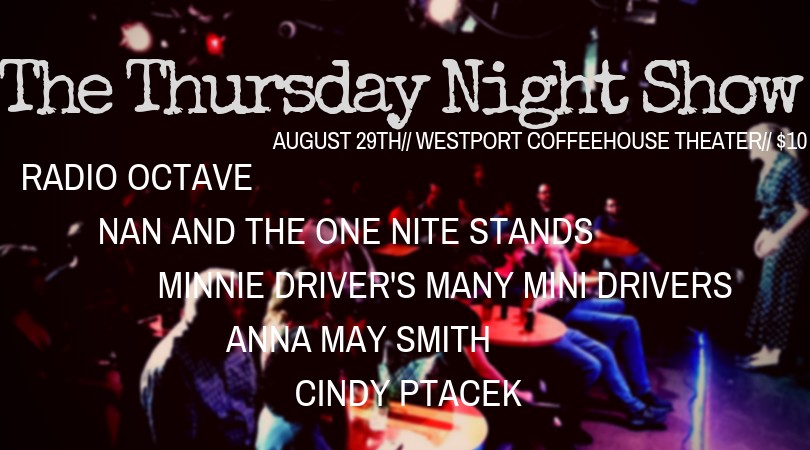 at Westport Coffeehouse Theater
This event has passed.

Improv by RadioOctave, a musical improv duo based in Kansas City. High Energy. High Octane. High Pitched: the audience suggests duos or relationships (eg "cat and dog", or "ex-lovers") and using those suggestions as loosely or as literally as they want, Lawrence March and Maggie Cargill make touching and hilarious scenes and songs that will having you singing on the way home.

Music by Nan and the One Nite Stands. The Lucy Ricardo of indie rock, Nan enjoys writing raps and indie pop and experiments live with a rotating cast of musicians she has coined the One Nite Stands. "Construction of a Champ" and "Hawkin It" are the two EP's available in digital formation. http://nanturner.bandcamp.com

Sketch comedy from Minnie Driver's Many Mini Drivers, a rotating cast of Kansas City improvisers and actors, headed by Cody Lindenberger. They are four-time winners and reigning champions of KCIC's "Sketched Out" sketch comedy competition. Cast Members include: Cody Lindenberger, Jill Gillespie, Sydney Ragsdale, Sean Stearns, Gabriela Sa Teles, and Aron Wallis. They are not affiliated in any way with Academy-Award nominated actor Minnie Driver, but would like to be, so if you know her or, like, went to college with someone who might be able to put us in touch with her or her representatives, that would be great. Seriously, we've been tweeting at her for like 4 months, and have received absolutely no response. Not even a "like". Celebrities, am I right?

Hosted by Anna May Smith and Cindy Ptacek.

All of this for just $10. Get your tickets today! Disclaimer: this is a live comedy show. You can bring your kids, but you probably shouldn't.

This event is part of The Thursday Night Show. 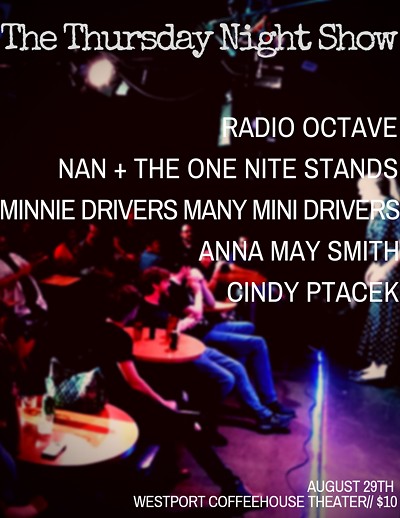